Information about the organization, admission procedure, orders for admission

On July 8, the Sixth International Field Symposium "West Siberian Peatlands and Carbon Cycle: Past and Present" ended. ILAN RAS was the co-organizer providing the event. The program of the Field Symposium consisted of plenary and breakout sessions, field trips to the Kondin Lakes Nature Park, Surgut Field and the Mukhrino International Field Station. The symposium contributed to the exchange of knowledge in the field of modern functioning of bogs, the protection of their biodiversity and biosphere functions, as well as an assessment of the anthropogenic impact on bog ecosystems and the introduction of modern technologies for their rational use and restoration under conditions of global climate change. More information about the event can be found on the official website of the symposium, as well as at the following link

Catastrophic fires in forest ecosystems cause enormous greenhouse gas (GHG) emissions, especially carbon dioxide, into the atmosphere. Their frequency increases with climate change, contributing in turn to the greenhouse effect. About 10% of global carbon emissions from fire occur in boreal and temperate forests. In areas with high population density and economic infrastructure, the consequences can be much higher, especially when it comes to forest and peat fires, where burning also affects peat soils. Lower water tables lead to deeper fire penetration, more damage to trees, and loss of carbon in the soil, contributing to carbon dioxide emissions and increasing climate change. In some years, greenhouse gas emissions from peat fires can account for up to 15% of global anthropogenic emissions.

On July 8, the Sixth International Field Symposium “West Siberian Peatlands and Carbon Cycle: Past and Present” ended. IFS RAS was the co-organizer providing the event. The program of the Field Symposium consisted of plenary and breakout sessions, field trips to the Kondin Lakes Nature Park, Surgut Polesye and the Mukhrino International Field Station. Photos and videos of all the excursions are available at the website of the event in the “Program” section. The program of the event took into account the peculiarities of the reports organization in connection with the pandemic, and some of them were carried out by the participants on-line. The Proceedings were published before the Symposium and will be posted in the Russian Science Citation Index database. In addition, selected papers will be published in the IOP Conference Series: Earth and Environmental Science, included in the Web of Science database.

Under the state contract of the Institute of Forest Science Russian Academy of Sciences and the Ministry of Natural Resources and Environment of the Tula region, the work on studying the distribution of lichen species included in the Red Book of the Tula region, and preparation of materials for the section “Lichens” for the second edition of the regional Red Book. During May and June of the current year, we conducted surveys in specially protected natural areas in Aleksin, Belevsky, Efremovsky, Zaoksky, Leninsky, Odoyevsky, Suvorovsky and Sheki districts and within the borders of Tula municipality. All zonal divisions of Tula oblast are covered: the southern border of coniferous-broadleaved forests (nature monuments Klyukva and Bolshoe Mokhovoe bogs), intrazonal pine forests on sandy terraces of the Oka River. Oka (nature monuments Varushitskiy Bor, Alexinskiy Bor), broad-leaved forest belt (forests of the Uda dacha, Krapiven reserve, green zone of the Velegozh tourist camp, etc.), forest-steppe part (nature monuments Krasnaya Gora, Kon-Kamen, Kamennaya doroga).

The Governor of the Moscow region awarded the Order of A.Nevsky to S.E. Vompersky, scientific director of IFS RAS

On June 10 the Governor of the Moscow region Andrei Vorobiev presented federal and regional awards to outstanding citizens as a part of the ceremonial event dedicated to the Day of Russia.

T.Y. Minaeva told about preparation for field work on peat soils at the international online training

On May 7, the Global Peatlands Initiative hosted “Preparing field campaigns in peatland environments” an online training in English. The training focused on the methods and tools needed to study the peatland ecosystem in the field.

From 3 to 6 May, the Congress of the International Peatland Society (International Peatland Congress) was held, which was attended by over 800 specialists. T.Y. Minaeva, Senior Researcher of the Center for the Conservation and Restoration of Wetland Ecosystems IFS RAS, spoke at the Congress as a key speaker at the May 4 session with a report on global wetland ecosystem services in a regional context, and also moderated the corresponding session. Also Wetlands International staff member Agata Klimkovska presented a paper co-authored with Dr. A.A. Sirin, Chief Researcher at IFS RAS, on the project “Marsh Restoration in Russia”. 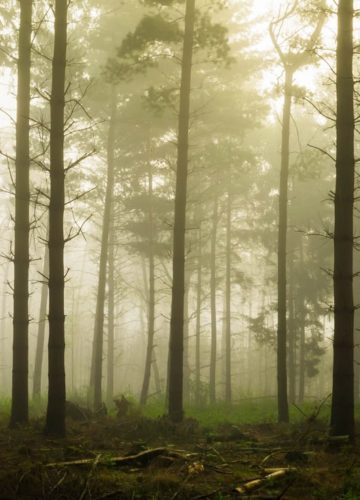 We invite you to take part in WSPCC 2021 - the Sixth International Field Symposium West Siberian Peatlands and the Carbon Cycle: Past and Present, one of the organizers of which is ILAN RAS. The symposium will be held in Khanty-Mansiysk from June 27 to July 08, 2021.